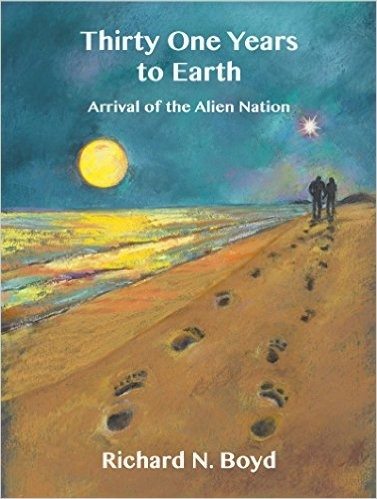 Thirty One Years to Earth: Arrival of the Alien Nation

When Earth’s birth rates suddenly underwent a factor of four decrease, the major countries of the world called in their experts to attempt to figure out the cause and the cure. The person chosen to head up the effort was the legendary (both in analytical skills and in his relationships with women) Sir Roger Hopkins, a recently retired analyst for the British SIS.

Through an international study involving a huge number of people, it was found that the DNA of most of the world’s men had been modified so that they now sought out relationships with older women, reducing the years that they could reproduce, and hence causing the decrease in birth rates.

The world’s top geneticists also concluded that no Earthling could possibly have known how to make the DNA modifications that they found.

Thus, Hopkins’s efforts shifted to attempts to identify an alien. This leads him to technical intrigues; romance; assassination plots, some of which are successful; detective efforts; trials; and resolution of some of Earth’s political problems. 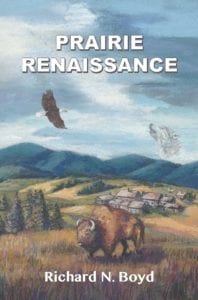 A mysterious group of people live on the Oglala Lakota Pine Ridge Reservation in South Dakota. Jonathan Rickert, a Washington Post reporter, hears about these people, and seeks to learn more about them.

In so doing, he discovers a small group that adheres more to the Native American principles of life than to those of the greater United States, so has chosen its temporary home with the Indians.

The people don’t accept the discrepancies between their beliefs and those of typical Americans. Their goal is to change them to principles more in keeping with conservation of the planet’s resources, respect for other people and civil interaction, and mitigation of the things in society that subordinate one class of individuals to another.

But no matter how well intentioned these people are, there are others who disagree with the good that they are trying to accomplish. Most notably, those who thrive on incivility and wish to maintain that mode of operation.

And they will stop at nothing, including murder, to prevent them from accomplishing their goals. 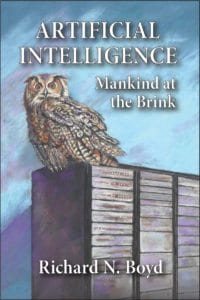 Artificial Intelligence: Mankind at the Brink

What happens when computers become as intelligent as humans, relegating us to the second most capable beings on Earth? Will we able to maintain control over their actions? How will they treat their human creators? The AI experts have been pondering these questions for more than half a century, and worrying about their possible consequences.

This book explores what might happen in this situation, especially as the Law of Unintended Consequences permits the computers to range far beyond what was intended for them by their designers. The computers might make themselves impervious to external attack, although they would have to figure out how to operate outside their box. This could be done by creating robots which they would control. Then they could compete with humans on every level, including obtaining their own funding, operating their own factories, launching space-borne weapons, and declaring war on every conceivable human institution.

It will not be easy for human beings to combat such a force when it becomes a reality. This book explores some of the suggested possibilities, and shows why most won’t work.

One troublesome aspect of avoiding an artificial intelligence catastrophe involves the interactions between the computers and their creators. Will the scientists be willing to terminate their project just as it gains the goals they’ve been working for years to have it achieve?