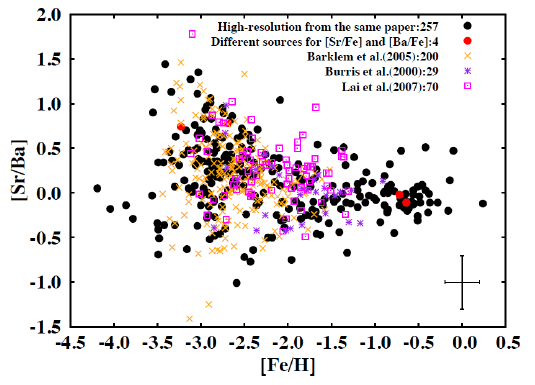 The chart on the right shows the normalized ratio of the strontium to barium abundance compared to the normalized iron abundance in many stars. Both scales are logarithmic, and [Fe/H]=0.0 is the value in the Sun. The apparent cutoff at [Fe/H] = -3.6 (except for the four stars to the left of that, all of which are thought to be anomalous) suggests that the cutoff is due to collapse to a black hole, and that no nuclides synthesized in such a star get out to the interstellar medium. 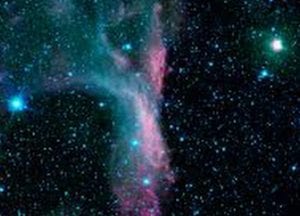 Although recent theoretical work has suggested that this site has difficulty producing the conditions that are required for the r-process to occur, work by Boyd and his collaborators suggests that core-collapse supernovae should not be ruled out, and may provide a unified explanation of the highly variable atomic abundance data observed in extremely metal poor stars.